Competition in the 2009/10 season of Little Athletics is well underway, with approximately 100 young athletes converging on the Park Lane track each Saturday morning for competition.

The season only began in the first week of October and already we have had hundreds of personal bests set and several centre records broken.

Recently the club travelled to Kilmore Little Athletics for the Central Highlands Challenge, an annual event which is hosted between the two little athletics clubs.

The Challenge is a multi-event championship, which sees all athletes compete in the same events – long jump, discus, a sprint, a hurdle and a distance run (distances differ according to age group).

The children who finished in the top three places in their age group, both boys and girls, received medals.

It was a hot and sunny day and a great time was had by all – at least half of the Lancefield Romsey members turned out to compete and everyone had a great time.

The hot weather has also meant the club has been forced to start early – 8.30am instead of 9am – on occasion this season, and this will continue if the hot spell continues. The safety and comfort of members is paramount and is always the club’s first consideration.

The club has held two training sessions so far this season, both led by accredited coach Abe Formosa.

Both sessions were very well attended and allowed athletes to sharpen their technique in long jump, triple jump, discus, shot put and javelin.

The training sessions were such a success, they are likely to continue this season, most likely once the club resumes following the Christmas break.

The final day’s competition for 2009 will be on December 12, after which LRLAC will take a break for the festive season. Competition will resume on Saturday, January 30.

Little aths runs each Saturday at the Park Lane track where the children, aged from 5 to 15 years, compete in a range of age-specific events which cover a range of throwing, jumping and running skills.

Through competition each week, the club teaches skills which are useful in a wide range of other sports.

The emphasis is not on winning but on setting and then beating personal best times – an aim reflected in the Little Athletics slogan ‘Be Your Best’.

Lancefield Romsey Little Athletics Centre is run by a small but enthusiastic and friendly bunch of volunteers who aim to provide a fun and supportive learning environment for the children while teaching them the correct techniques. Events taught include discus, shot put, javelin, hurdles, sprinting, distance running, long jump, high jump and triple jump.

There’s still time to register for this season. Cost is $85 per athlete, with discounts available for families registering three or more children. Contact treasurer Rick Maloney for more details on 5429 6885 or email rick_mal@hotmail.com

There is a lot to look forward to in the near future, with many city clubs hosting open days over summer – it’s always great for our kids to have a go on a ‘made track’ rather than a grass track. We have another inter-club event, this time with Gisborne, and the regional track and field championships is coming up in Albury in February.

Caption: LRLAC’s Thomas Knott (under 6 athlete) competes in the discus at the Kilmore Highlands Challenge. Thomas won a gold medal in the multi-event championship on the day.

Caption 2: LRLAC’s Lilly Bromley and Liam Muir were among the medal winners. 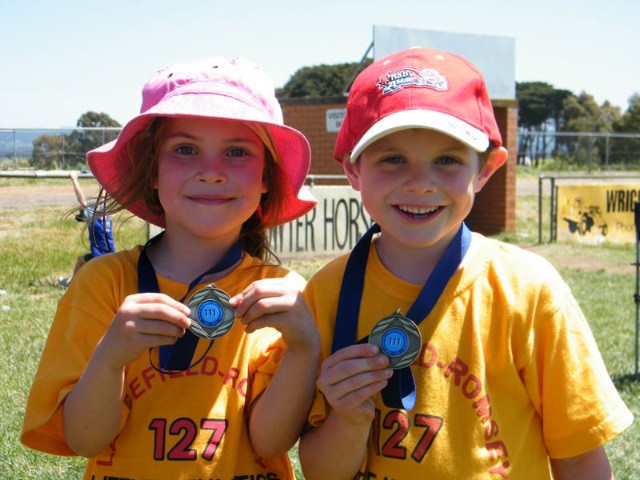 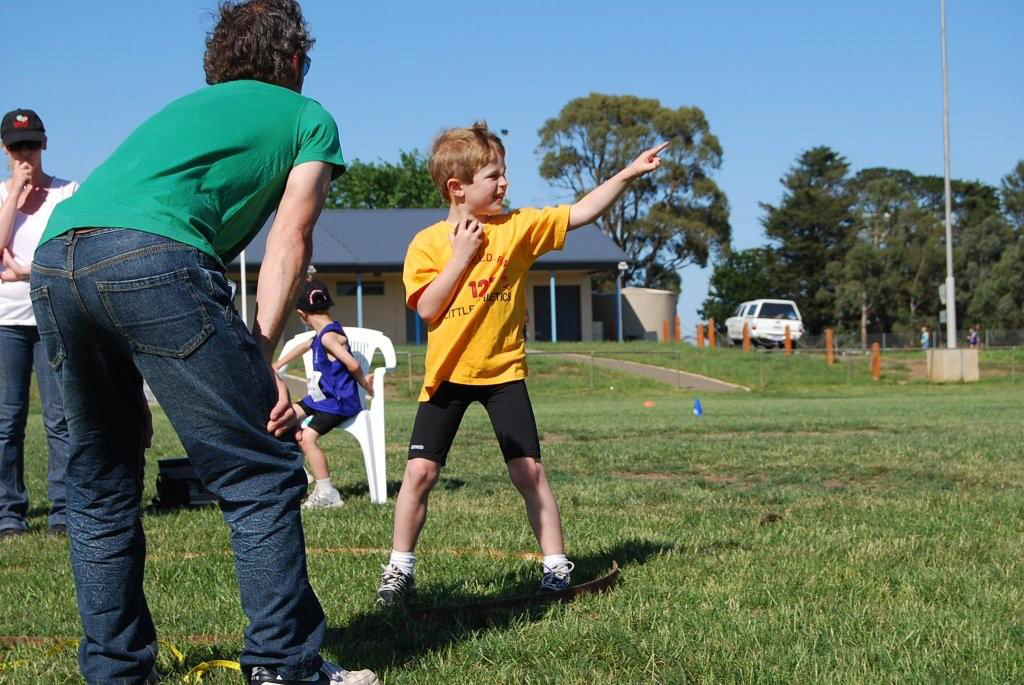