The Under 10 Division 2, Under 14 Division 2 and Under 16 Division 2 all won at McPerson Park. This is now 7 Junior Flags for the Romsey Junior Football Club since splitting from Lancefield over four years ago.

Outgoing President Bill Badger was quoted in The Free Press (Friday 31st August): "Every win on Sunday was a team effort with all players contributing." (p.19)

Congratulations to all the teams, coaches, managers, parents and hard working volunteers. 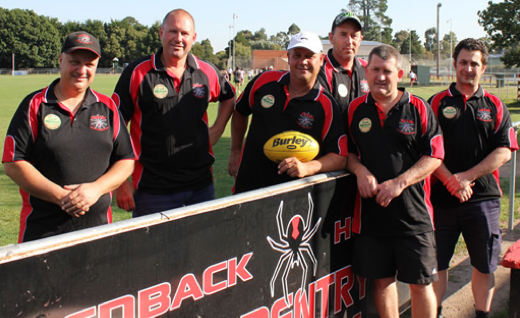 SUPPORTERS are REMINDED of the up and coming AGM:

ANNUAL GENERAL MEETING
The club’s Annual General Meeting will be held at the clubrooms at 7.30pm on Wednesday, September 19 2012.

All positions on the committee will be declared vacant and a new committee will be formed to steer the Redbacks into the 2013 season. So please come along and support your very successful local junior football club!