Mr. Michael Drapac was RRBATA guest speaker on Thursday 10th October at Glen Erin (Lancefield). Michael is founder and Chairman of Drapac Capital Partners, a highly specialized international property group. He founded the Drapac Cycling Team in 2004 to support the concept of holistic development for young elite athletes. His Romsey thoroughbred property will  breed, raise, race and re-purpose equine athletes for life after racing as well as featuring a stock saddle museum. Michael is passionate about communities being developed which enhance an area for local residents without losing character – a particularly timely discussion with Romsey’s Town Structure Plan is due to be developed over the next 2 to 3 years. 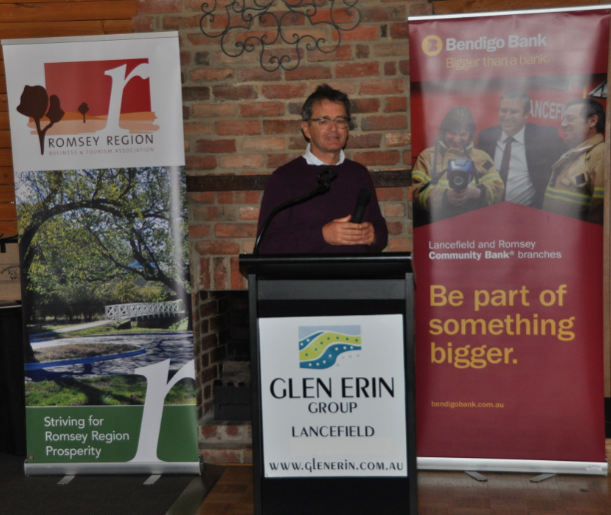 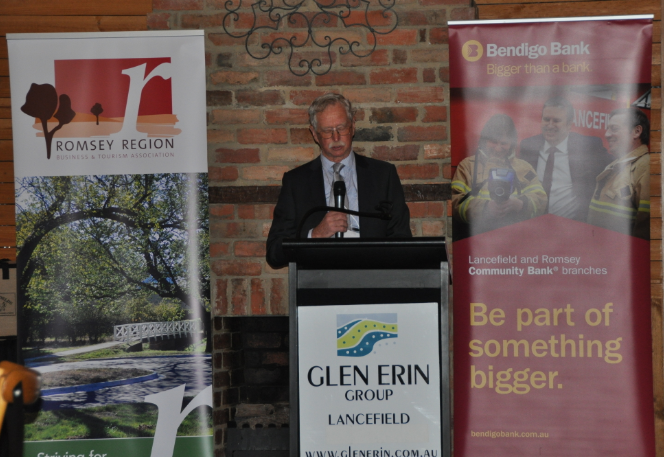 Ken from Bendigo Community Bank talks to the guests about the important role of the bank in supporting such community events like the RRBATA Annual Business Breakfast. 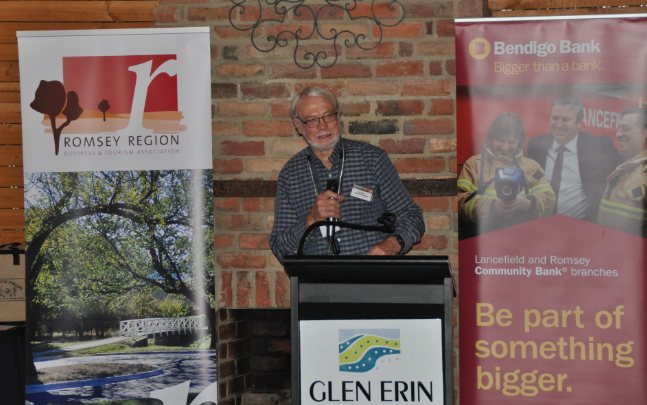 Greg Bland from Romsey Men’s Shed talks to the guests about the develops so far. 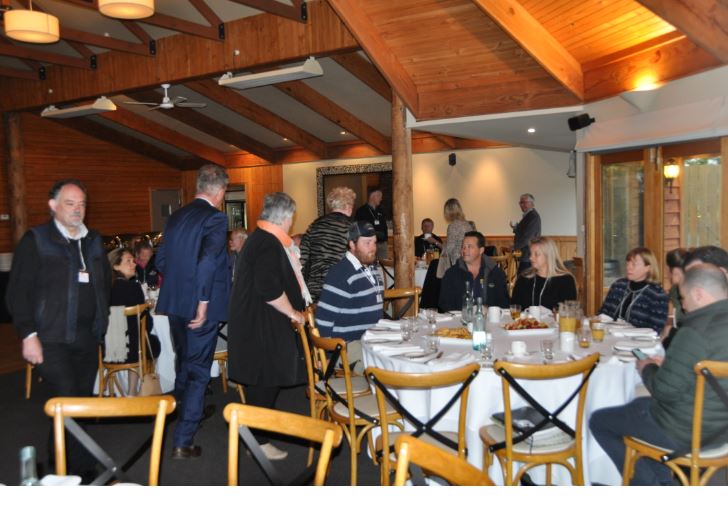 Guests take their places after enjoying a welcoming coffee 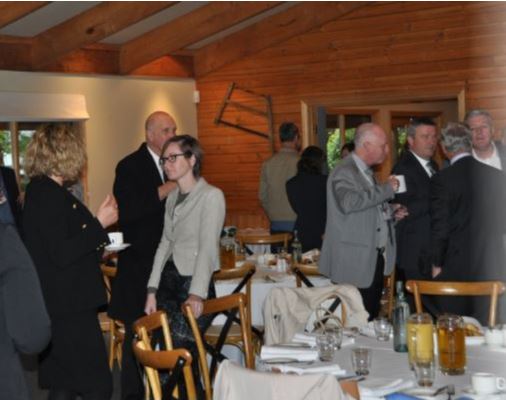 Members of the community including Councillors, business men and women from Romsey, Kyneton, Gisborne, Lancefield and Riddells Creek chatting prior to the start of the breakfast. 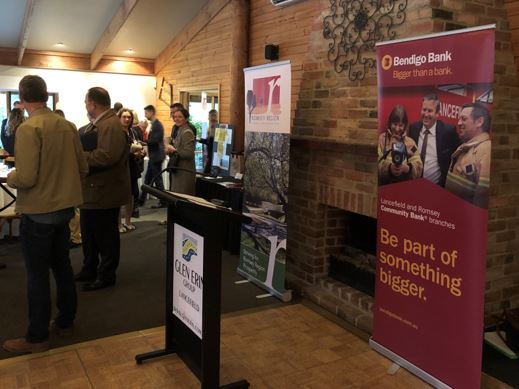 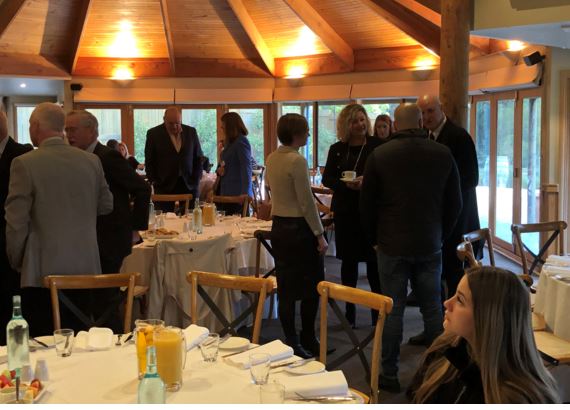 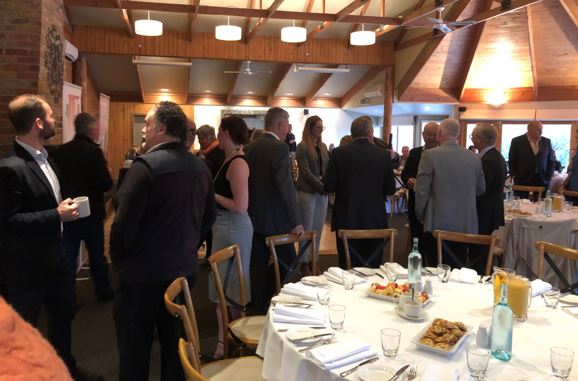 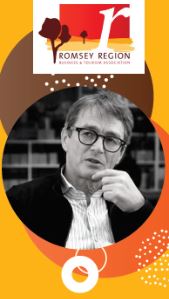 Michael Drapac grew up in a social housing area in the northern suburbs of Melbourne with his two brothers.

Michael first left school at 16 years of age to begin his working career as an apprentice electrician.

At 20 years of age, Michael moved in to the racing industry and became a part time penciller which he continued for 18 years.

At 21 years of age Michael began his property career when he bought his first house.

At 27 years of age, Michael returned to school to study yr. 12 and continued to study at university for the next 7 years.

Michael obtained a science degree from the University of Melbourne and undertook Post Grad study in nutrition at Deakin University.

Although Michael has many diverse interests, his life’s work can generally be categorised into four areas:

Michael has been a lifelong supporter and enthusiast of cycling.

Other interests and achievements (too numerous to mention)

2010-2013:  Chairman of the advisory board of the ethics department of Monash Medical School

(born November 9, 1938) is an American rock climber, environmentalist, and outdoor industry billionaire businessman. His company, Patagonia, is known for its environmental focus.