The following information has been taken from the MRSC website:

The transformation of the historic 150-year-old former Romsey Primary School building into a community health centre surrounded by an all-inclusive park has begun.

Many local residents have long expressed a desire for the old primary school site to remain as a place where the community could continue to gather and where links between community members could be strengthened and this project responds to that wish.

The Romsey project has been the focus of significant work over the past six months amongst a broad range of partners including Cobaw Community Health, the Greater Romsey All Abilities Park group, Council and the appointed architects for the project.

The project incorporates two key elements – a new community health centre in the former school building and a community park on the remainder of the site.

Council and Cobaw have been working with the architects over the past several months on the designs for the renovation and extension of the former school building, which will serve as a community health centre.

The building design translates Cobaw’s service requirements into a user friendly and welcoming building that will be an asset to the local town.

The drawings reflect the fact that a heritage overlay exists on the site which requires the original heritage features of the building to be conserved and any additions to be complementary to the original building.

We are working towards a construction timeframe for the building restoration and extension works of mid spring-summer 2017-2018.

Throughout August and early September 2016 Council’s appointed landscape architect conducted a number of consultation activities including a pop-up event outside the Romsey IGA, an online and paper based survey, a community group workshop, workshops with school children and a community visioning event on the site on 11 September. Throughout this consultation phase lots of community ideas for inclusions in the park were gathered.

The architect then took all those ideas away and considered other inputs such as GRAAP’s work in developing a vision for the site and translated them into a plan for the park. This plan captures elements and features to be included in the park such as an active play zone, a picnic space, an events space, a water play area and a sensory/therapeutic space. The concept plan is also available for viewing along with some artist’s impressions on this webpage.

The size and scale of the proposed park development will require a staged approach to completing the entire site. The staging plan(PDF, 6MB) reflects this approach and suggests potential future stages of construction.

This is a community park project, led originally by the Greater Romsey All Abilities Park (GRAAP) community group. GRAAP in partnership with Council successfully obtained funds in late 2015 which will translate into stage one of the park development.

We anticipate the first stage will be constructed in spring/summer 2017/2018.

One of the many roles of GRAAP is to promote their vision and aspirations for the site. This involves continually planning for the completion of future stages and identifying funding sources that could be targeted.

The next phase of the project is the tendering for the construction of the building works and stage 1 of the park.

This will be completed over August and September 2017. We aim to commence construction in October 2017.

Council purchased the old school site from the Department of Early Childhood and Education in September 2015 in support of local community efforts to create an all-abilities park.

GRAAP Inc. has worked over the past eight years to realise its vision of a passive open space on the site for all ages and abilities, created with natural materials, interactive elements and landscaping.

The project received a further boost when Cobaw committed to leasing the former school building to create a community health centre for local residents in the east of the shire. Cobaw is planning a centre which offers a variety of services and support to local community members across the lifespan.

In December 2015 Council, Cobaw and GRAAP obtained $997,478 in Australian Government funding to remodel the existing school building and convert it into a community health centre and to complete the first stage of the park. Major funding for the project is also being provided by Cobaw ($783,000, including funding from the Victorian Department of Health and Human Services) and Council ($215,000).

It has come to my attention that local author and school principal John Marsden launched ALICE PUNG’s latest novel Laurinda.

Pung’s latest book is about Marsden and the profound influence his young adult fiction had on her when she was a teenager growing up in the working-class suburb of Braybrook. 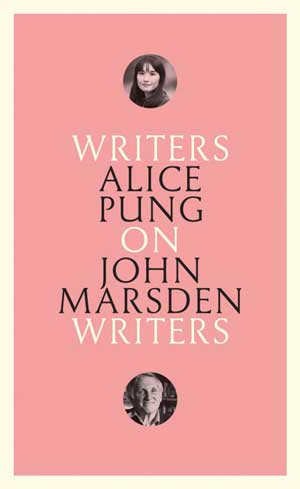 The two met at writers’ festivals over the years, and became friends two years ago. 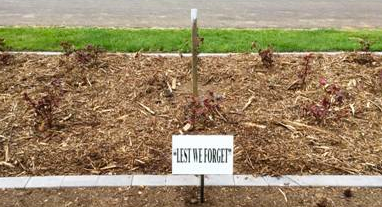 Romsey businesses are as generous as ever, and Michael Garnett would like to extend a big THANK-YOU to the following who donated towards the Romsey ANZAC Rose Garden that was planted out recently by the Shire:

These beautiful dark red roses commemorate those from the Romsey Shire who enlisted for the Great War one hundred years ago, and especially the 47 who paid the supreme sacrifice, whose names are:

If funds become available, it is proposed to incorporate a metal or concrete plaque portraying the unique Romsey Tribute Medal (see below) that was awarded to all members of the Romsey Shire who enlisted during the Great War.

Lest We Forget – thank you

With ROMSEY PUB CLOSED down here is an interesting article from Aireys Inlet and how they saved and reinstated their Pub.

The Aireys Pub (1904) is a Great Ocean Road icon. In 1983 the Ash Wednesday fires burned it to the ground and the pub ran out of a tin shed until it was rebuilt. In 2011 the business closed, developers circled, and a town with no pub seemed imminent. In a last minute coup a group of locals pitched in and saved it. We’ve renovated and reinstated it as one of Australia’s greatest coastal pubs.
The beer garden is epic, there’s live music every Saturday night, an open fire warms the bar on cool winter nights, the sunsets turn up right on cue every day, the food is fresh and local, we roast our own coffee and even better… We brew our own beer!

We’re the luckiest people on the planet. We don’t dream of living somewhere else, or working some other job, we love it here.

Welcome to our town and our pub, we hope you love it as much as we do